Fox Sports Radio presents Beyond the Headlines with Renee Washington

Episode 23 of Beyond The Headlines With Renee Washington 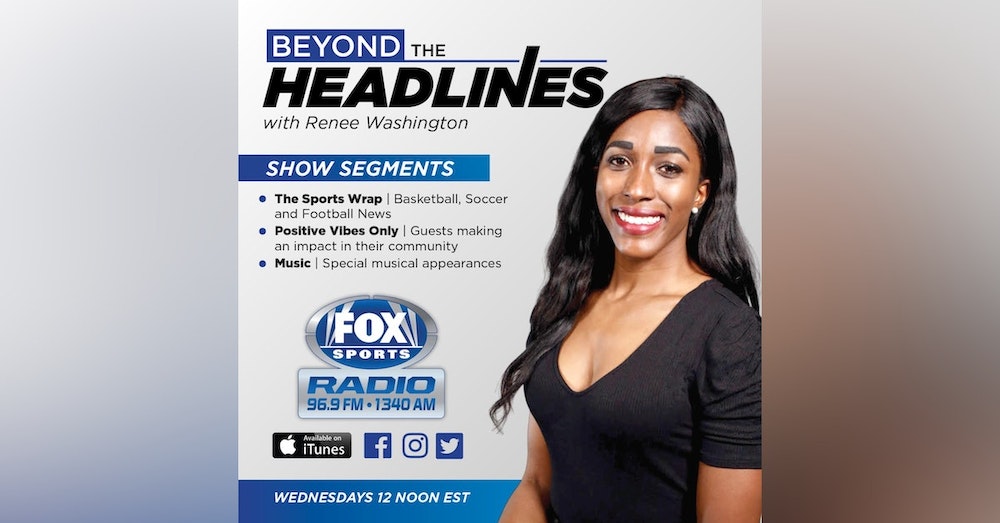 Check out the latest Beyond the Headlines with Renee Washington, Episode 23! Jon Hamm, NBA Insider for 107.7 The Franchise In Oklahoma discusses Russell Westbrook's return to OKC, the season the Thunder have had as a sleeper in the NBA, the next generation of the league, and more. Turron Davenport, ESPN Titans Reporter shared inside perspective on the Tennessee Titans run to the AFC Championship as they prepare to take on the Kansas City Chiefs. Freelance writer Cesar Hernandez shares his top soccer moments of the 2010's and the growth of the game between Mexican and US Soccer. In our Positive Vibes Only segment, Domestic Violence Survivor Valerie Brown, shares her work as founder of Lady Be Free Resource Center for Women shares her work to empower women and men that have endured abuse. Atlanta's own Luchie Vibez closes the show with his song "Ride the Wave". The Musician, Producer, and CEO of Grade A Entertainment preparing for his artists performing at the Super Bowl Pre-Show. ----- Tune in to Beyond the Headlines with Renee Washington on Fox Sports Radio 96.9FM 1340AM, Itunes, Google Play, and YouTube every Wednesday starting at 12pm ET. Listen every week for the latest soccer, basketball, and football news in the weekly sports wrap. Plus tune into the Positive Vibes Only segment as Renee highlights someone making a positive impact in their community. Finally the show closes with a musical guest appearance! Special thanks to... Renee Washington - Host/Producer Glen Thomas- Audio Engineer Nyrryk Evans "New Breed Nye" - Music Producer/Artist Chris Coley - Graphics Designer Joe Coffin - Graphics Editor Will Morgan- Host, "Will's Fantasy Footballers" Courtney "Rocky the Promoter" Wade - Voiceover Artist for Weekly Promos --- This episode is sponsored by · Anchor: The easiest way to make a podcast. https://anchor.fm/app Support this podcast: https://anchor.fm/bthwithrw/support

Keep up to date on all the great stories and interviews with Beyond the Headlines!

Email has been submitted.